This is a sample, showing 30 seconds of each section.

A LIFE-LONG RIFTER? (some text hidden)

Peugeot's small van-based MPV gets a new name and a new look. Jonathan Crouch checks out the Rifter.

Has Peugeot's van-based Rifter compact people carrier sold out and gone a bit posh and less LCV-like? Don't worry. Behind that sleeker looking front end and all that talk of flashy multimedia systems, glass roofs and radar-based city braking functions, you can still buy a basic one that's as useful as the old Partner Tepee model used to be. It's just that you're getting a bit more sophistication this time round. There's even a full-electric version.

Go back a few years and van-based passenger vehicles were, and there's no real way to gild this one, a bit rough. You bought one because you needed stacks of space and you didn't have a lot of money. Or alternatively, because your kids would destroy anything that wasn't built in the back like a police detention vehicle. These days, things have changed. Not only have commercial vehicles become a lot slicker, but there's been a gradual merging between conventional MPVs and van-based people carriers. There's no longer a yawning gulf in look and feel. Well, that's the case for most manufacturers anyway. For Peugeot, that's a trickier gap to bridge, largely because the interior build quality of their passenger cars has raced ahead massively within the last five years. In order to try to keep up, the brand has replaced its previous van-based MPV, the Partner Tepee, with this smarter, slicker Rifter model.

So what's on offer beneath the bonnet? Well, the petrol options open with a 110PS 1.2-litre PureTech three cylinder unit (though only with the 'Long' body shape). Many Rifter folk choose this unit with 130hp, which can be had with both body styles but only comes with an EAT8 auto gearbox. If you're after frugality, there are two alternatives. The first is a traditional diesel, Peugeot's usual 1.5-litre BlueHdi unit, which comes only with a manual gearbox and is offered in 100 or 130hp forms. If you want to take a bit more of a technological step though, you'll want to consider the all-electric e-Rifter. This BEV variant features a 100kw (136hp) electric powertrain capable of up to 260Nm of torque. Connected to a 50kWh battery, the e-Rifter achieves up to 171 miles from a single charge under WLTP testing. With a top speed of 83mph, the e-Rifter can accelerate from 0-62mph in 11.2-seconds. With the conventional combustion modeols, an interesting option is what Peugeot calls 'Advanced Grip Control'. This is a system that provides enhanced traction on roads or tracks with low grip surfaces, allowing the vehicle to continue to make progress in a situation where a normal two-wheel drive vehicle would struggle. It's combined with a generous ground clearance of 15cm with Mud & Snow tyres. It adapts to the conditions encountered by acting on the front driving wheels. At any time, the driver can choose to allow the system to operate automatically in Standard mode, or can switch it into 'Snow', 'Off-road', 'Sand', or 'ESP Off' modes by using a dial on the dash centre panel. 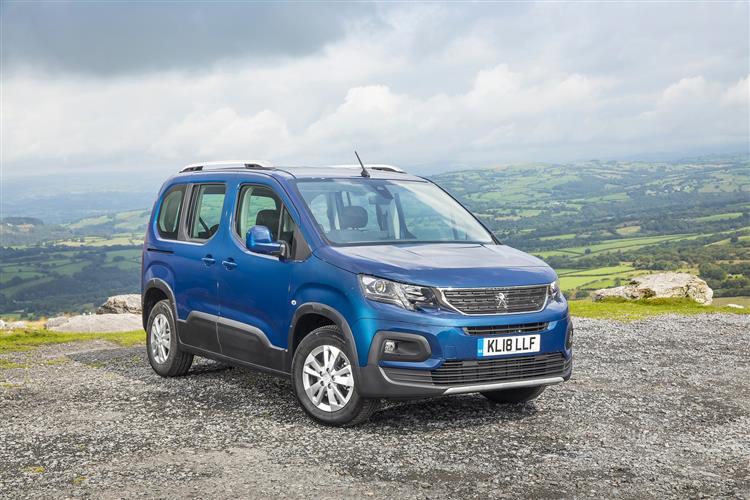 Statistics (subset of data only)